A year.  How long does it take to decide if you have succeeded or failed?  A year?

Somehow I doubt it.  We like to think that.  We like to look at life and say “Where will I be a year from now”, “Where was I a year ago”?  In fact, my whole life I have handled my dad looking back at vacations and saying “Guess where we were exactly one year ago today?” Hopeful and depressing at the same time I’m afraid.

Is this a good way to look at things, or a bad one?  Or just normal?  I mean, every New Years we look back at the year that has passed and look forward to the year coming.  Entertainment Tonight, Much Music, and a multitude of shows decided to take a look at the Best and Worst of (in this case) 2012.

A lot of people I know have had a long…and strange year.  Me included.  My friend’s mom told me it was because it was the year of the Dragon, or maybe those Mayans had it half-right…the world wasn’t ending, just changing.

Whatever the case, the year has now come and gone.  I am one year older, 3 lbs heavier and in many cases nowhere further. But, I guess that’s all how you look at it, right?

If I want to put it in perspective and instead of saying “still single, still renting, still contract” I can do this instead.  It is time for my accomplishment list of 2012.

I have survived on my own for one year, I have proven I can live, pay rent and bills alone for one year, I have paid down $5k more in debt than one year ago and have been through one exhausting move. I am the proud owner of a vintage piano (unfortunately in storage), am also the proud owner of a guitar (which I can also barely play), I now own a Christmas tree, a vaccum, a new computer and have painted 10 (seriously, TEN) acrylic paintings. I have tried kung fu and tai chi, have visited San Francisco, have met 50 or more people that I did not know a year ago, have tried probably 15 new restaurants, have been to 6 new bars, have another year of work experience under my belt, have started copywriting on the side, have finished a digital album, am one season further in numerous TV shows, have read about 7 more books, have stopped biting my nails and (drumroll please)……have officially been the author of this blog for one year.

So, what can a year bring?  Maybe not six figures, maybe not a mortgage, maybe not a ring, but if you look at it right…maybe a lot more than you ever imagined. 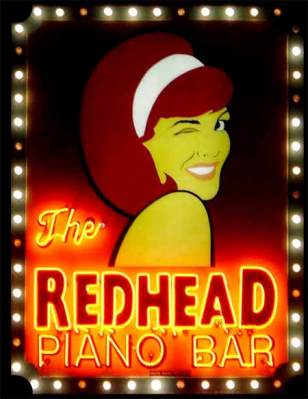